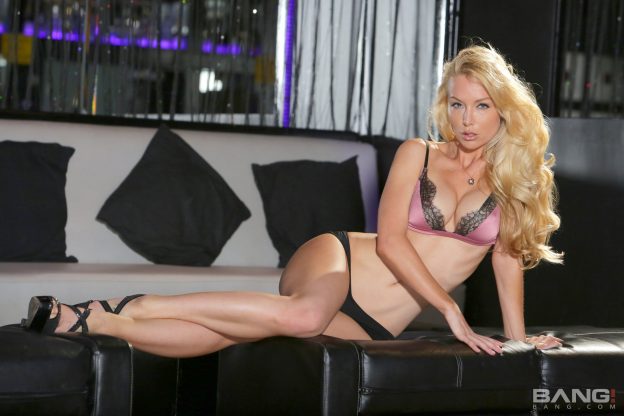 FOR IMMEDIATE RELEASE — September 19, 2017 – Cyberspace — Adult powerhouse BANG! (www.bang.com) is pleased to announce they have named multi-award winning superstar Kayden Kross as their BANG! Ambassador for September with the release of a special BANG! Confessions scene.

Kayden Kross is undeniably one of the most talented performers in adult entertainment. She’s garnering numerous awards and accolades during her career, become one of the most respected woman in adult as both a performer and business woman. Earlier this summer Kayden was featured in a Bang! Gonzo Original Series scene (https://goo.gl/wrNSwT) that left fans begging for more of the stunning blonde. In her new Bang! Confessions scene she shows why she is one of the most sought after ladies today with an extraordinary performance.

“Kayden is an absolutely electrifying performer and a perfect person to represent BANG! as our September Ambassador of the Month“ said Clement, Co-founder and CEO of Bang.com. “This scene is really really hot and we know the fans are going to love it!”

“I’m honored to be named September ambassador for Bang!. They’re a great company to work with and for, and I can’t wait to start sharing bits of the content on social media” said Kayden.