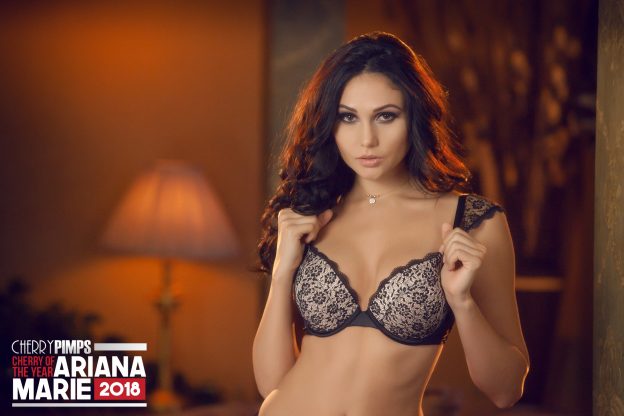 FOR IMMEDIATE RELEASE – December 19, 2017 – Cyberspace — Online website Cherry Pimps’ (www.cherrypimps.com) is delighted to announce they have named gorgeous starlet Ariana Marie as their very first Cherry of the Year.

“Looking back at all of our amazing featured models in 2017, we wanted to find the one that most embodied what we searched for. Ariana Marie has the beauty, personality, and poise to represent us and be our first Cherry of the Year 2018” said Jack Avalanche, Traffic Pimps’ CEO.

To see Ariana’s exclusive trailer for Cherry of the Year visit https://www.cherrypimps.com/

“Cherry Pimps’ has always been so good to me, I absolutely love working for them and Dean Capture is one of the nicest and most talented photographers in the industry. I was so surprised and grateful when I found out about being their Cherry of the Year” said Ariana Marie. “My Cherry of the Year shoot was so much fun. I had 5 scenes plus an interview over the 2 days on set. The interview was with Ryan Kelly and during the interview I was surprised by Cherry Pimps yet again with a huge teddy bear that had a backpack full of chocolate! I have a sweet tooth as Dean knows and I always request Reese Cups on set when we shoot. There was another surprise…an envelope in the bag with $1,000!!! As if being named Cherry of the Year wasn’t enough, I wasn’t expecting that. Cherry Pimps’ really make their models feel appreciated and special, it is something I love the about them!”

Ariana added “During the AVN Expo you can find me signing at the Cherry Pimps booth with my giant Teddy bear and I may still have some candy to share, see you soon!”

**Additional promo material including an entire photo gallery with both SFW and NSFW images and several trailers are available. If you would like more media please send us an email.