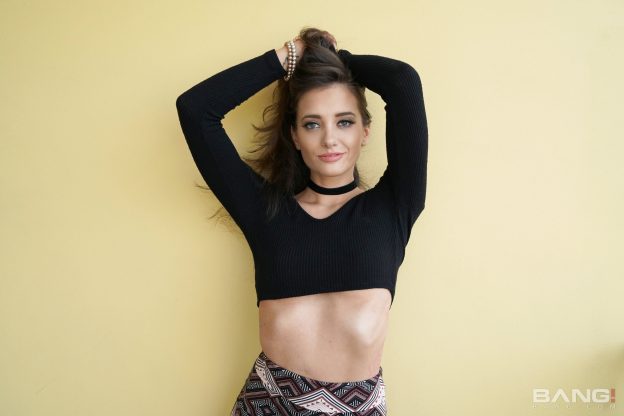 FOR IMMEDIATE RELEASE — October 6, 2017 – Cyberspace — Adult powerhouse BANG! (www.bang.com) is pleased to announce they have named brunette beauty Gia Paige as their October Ambassador of the Month.

“When we saw the first scene’s Gia shot for BANG!, we knew immediately she deserved to become a BANG! Ambassador“ said Clement, Co-founder and CEO of Bang.com. “Gia did not disappoint in the new scene we will be releasing – I think fans are going to be blown away!”

To celebrate Gia as BANG! October Ambassador of the Month a new scene will be released on October 25th featuring Gia and male super star James Deen. In this new BANG! Casting Original Series scene things get totally gonzo and wild in an encounter that includes a golden shower and massive facials.

“I’m absolutely thrilled to be the Bang.com ambassador! I had a blast shooting for this company and I even performed one of my firsts in a scene that’s due to come out. I’m really excited for my fans to see what we have been working on! It’s going to be fun to be a part of the process“ said Gia Paige.