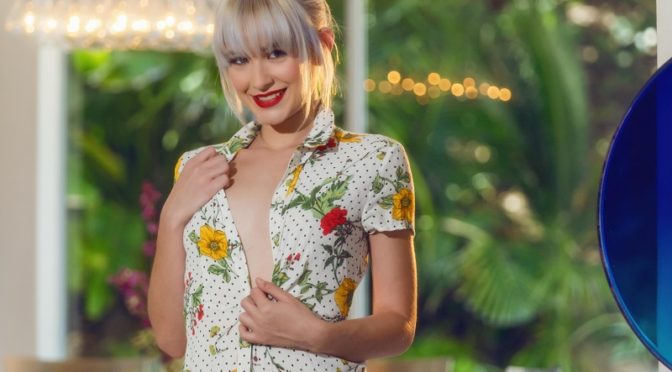 FOR IMMEDIATE RELEASE – October 1, 2020 – Cyberspace — Online website Cherry Pimps’ (www.cherrypimps.com) by the Pimp.XXX Network (www.pimp.xxx) is pleased to announce they have named blonde bombshell Jessie Saint as their October Cherry Of The Month.

“I first met Jessie when she came to me back in August of 2019 to get some new agency photos shot. I thought she was as cute as they come, and I wondered to myself, “will she be a Cherry Of The Month someday?” A little over a year later – she is the October COTM, and we could not be happier.” said Dean Capture, COTM Producer.

Each month in 2020, Cherry Pimps’ selects and features their ‘Cherry of the Month,’ a hot and fresh model who will earn a $500 cash prize plus a two-day shoot with Dean Capture, exclusive producer for Cherry of the Month. At the end of 2020, all monthly ‘Cherries’ will go into selection for the hottest and freshest Cherry to be chosen, with a cash prize and more for the winner. January’s Cherry was Eliza Ibarra, February was Vina Sky, March was Athena Faris, April was Naomi Swann, August was Cecilia Lion, and Septembers was Jewelz Blu.

“I had an amazing time working with Aliya and Dean!! They were both amazing! Aliya was so full of life and was absolutely amazing to work with! Dean couldn’t have been more wonderful like always; he was just the best!! Thank you so much for making me Cherry of the Month” said Saint.

To celebrate Jessie’s October Cherry of the Month status, fans can see her in three new solo scenes, and a steamy must-see Girl-Girl scene with Aliya Brynn, all by visiting www.cherrypimps.com. Fans will also be able to see Jessie late this month in a live WildOnCam (www.wildoncam.com) show Tuesday, October 6, 2020, at 5 pm PDT.